There is nothing like a fry up to make one feel cosy. Which is why, when more snow greeted me this morning, I immediately started think about what I had in the cupboard to eat. It had poured with rain all night (48mm).  There was no electricity.  Dizzy was itching for a walk, so we skated down the road 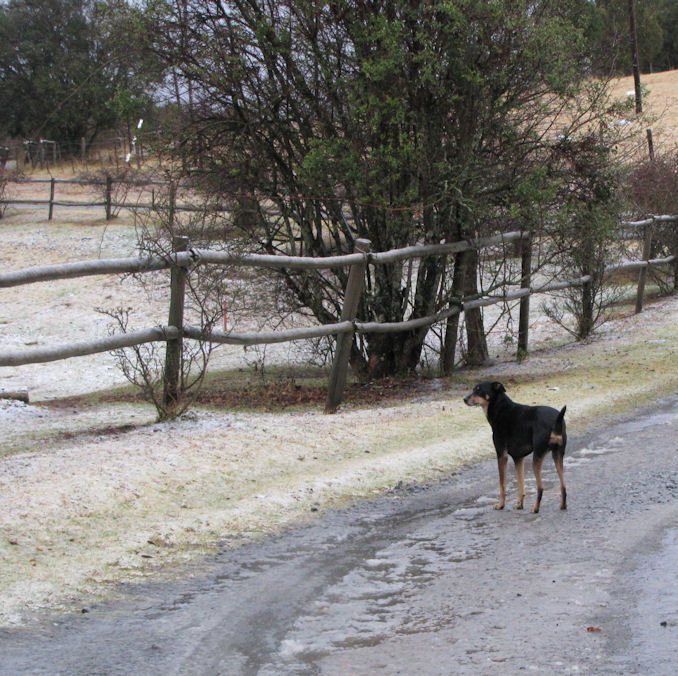 and then explored the farmyard. 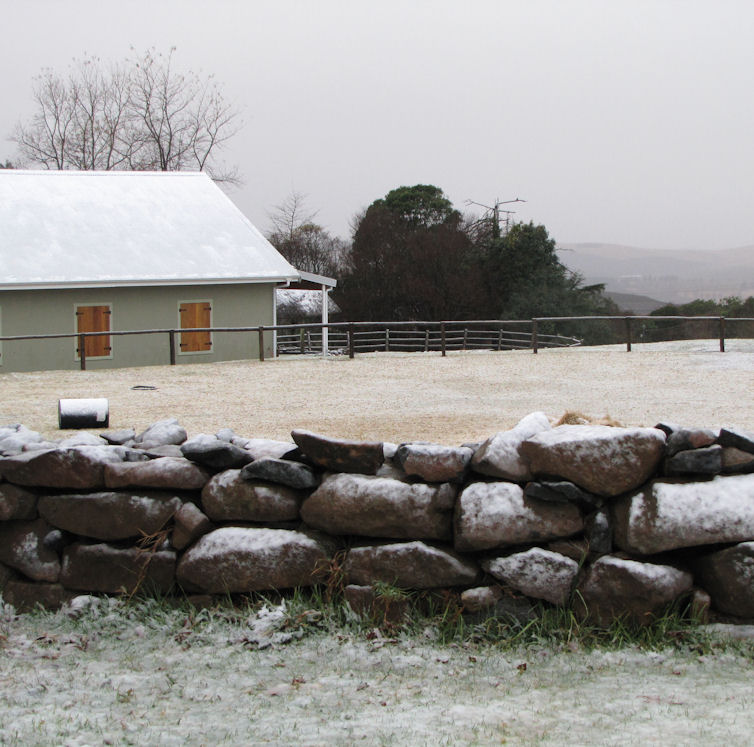 We chatted to the guys feeding the horses 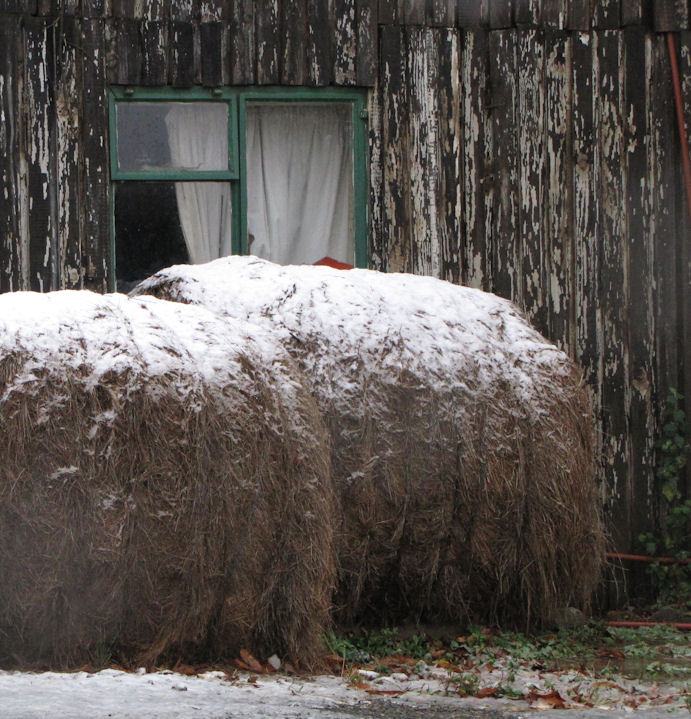 and Phillip insisted I take his photo as it never snows in Malawi where he is from. 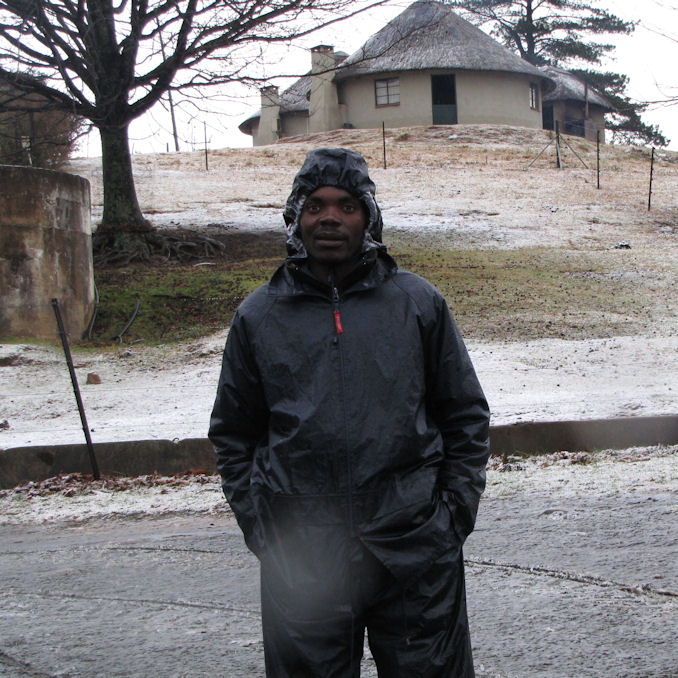 The Echevaria growing on the stone walls was encased in ice. 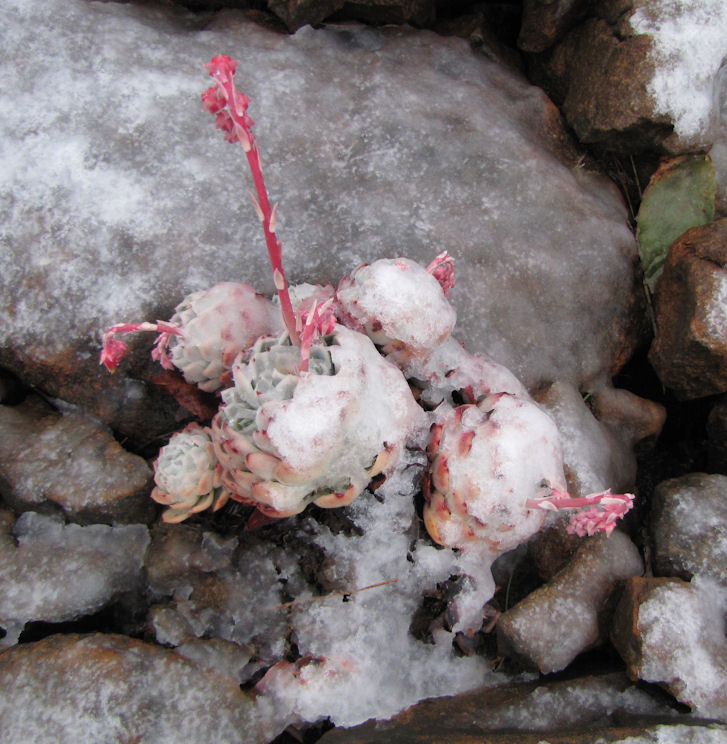 By the time my hands were frozen and I had enough pretty pictures, we went home to warm up and make breakfast. I finished off the brinjal from yesterday, added cherry tomatoes from the garden and some ‘Tombrini’ – goats cheeses from Swissland, which melted onto the brinjal slices. Fortunately, I have a gas stove and an almost full gas bottle, so can still make cups of tea and hot water bottles for Smudge. 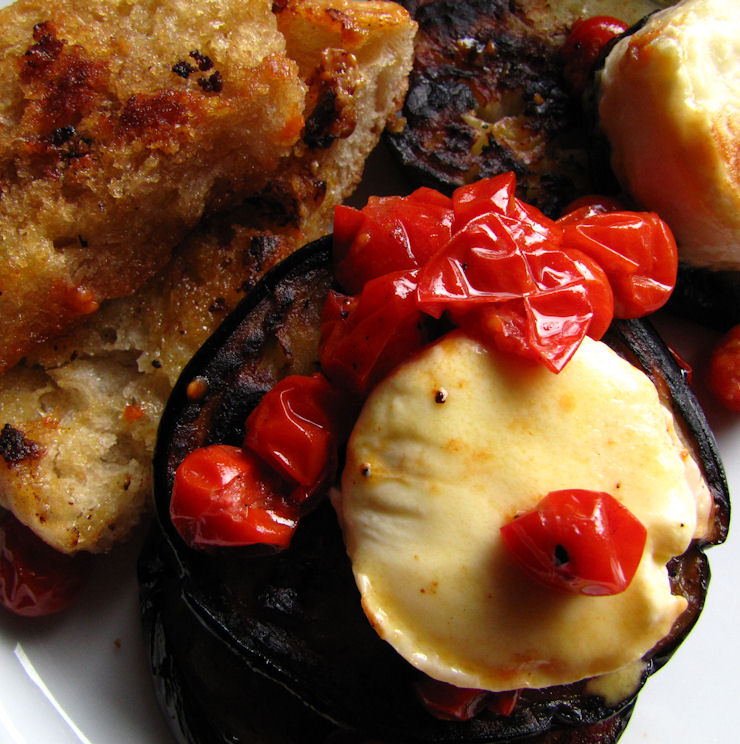 Mid-morning, the rain stopped and the sun came out – it was really beautiful. We needed a long walk to work up an appetite for lunch. The snow was melting fast. 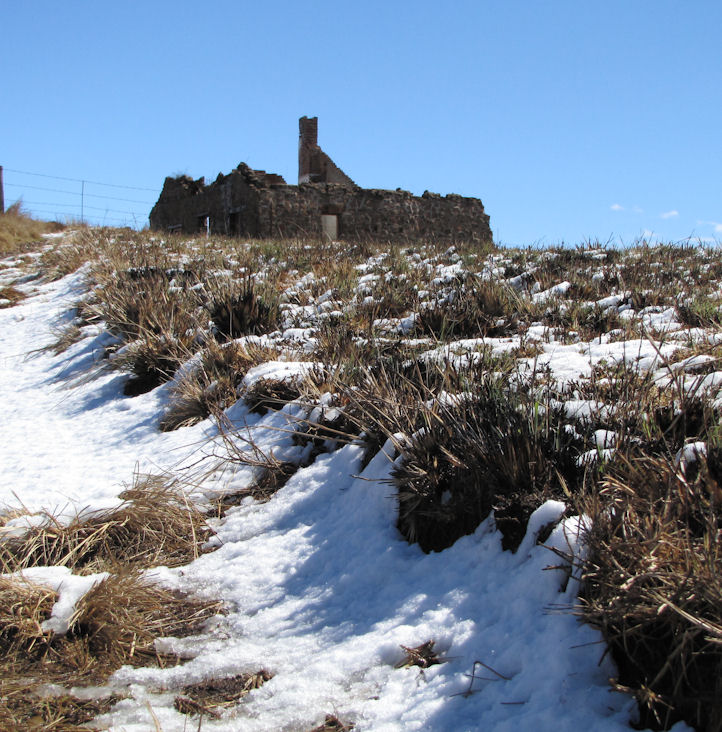 Ledebouria in flower, surrounded by snow. All the burnt grass is going to shoot up fast now after the rain. 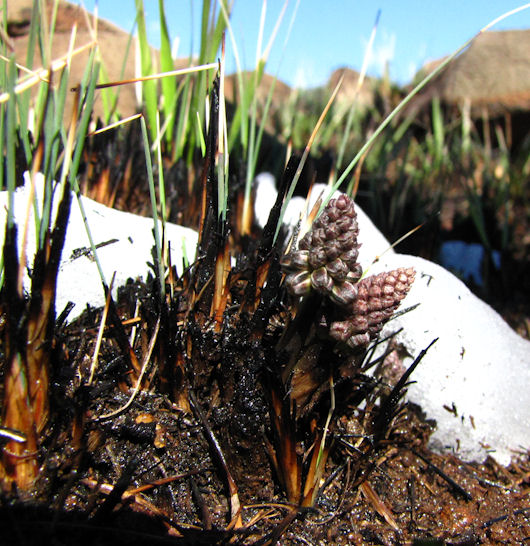 Cussionia with no leaves at all.  Inhlosane is really covered. Saw lots of Reedbuck. 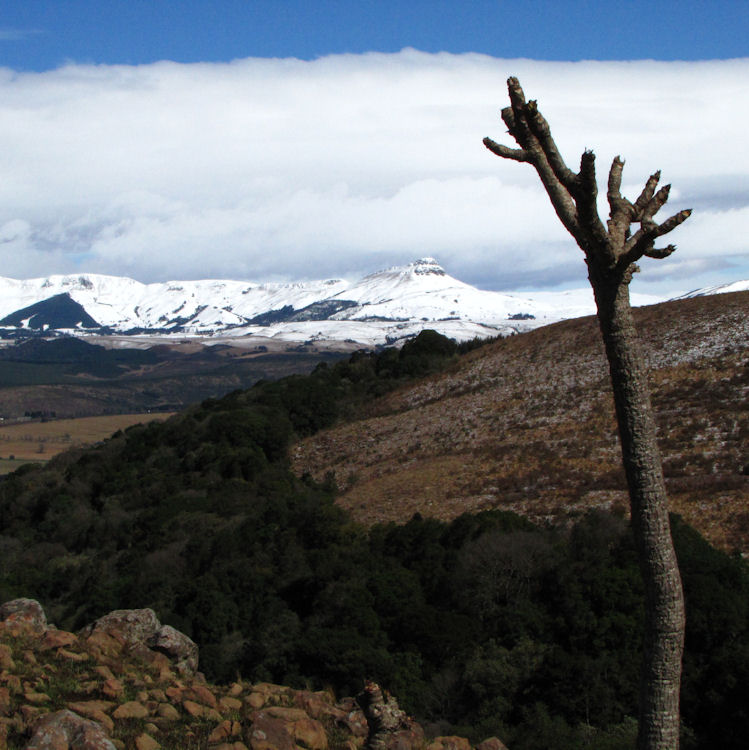 The lone oak tree at the top of the farm. 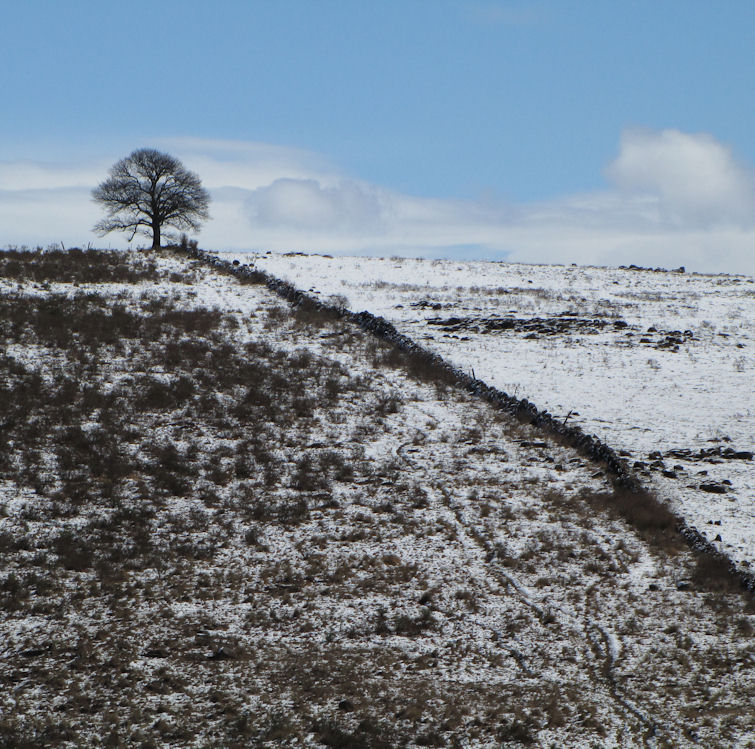 Interesting how, although it doesn’t snow here often, the feel of it is very familiar. Especially the taste and the squeakiness underfoot. 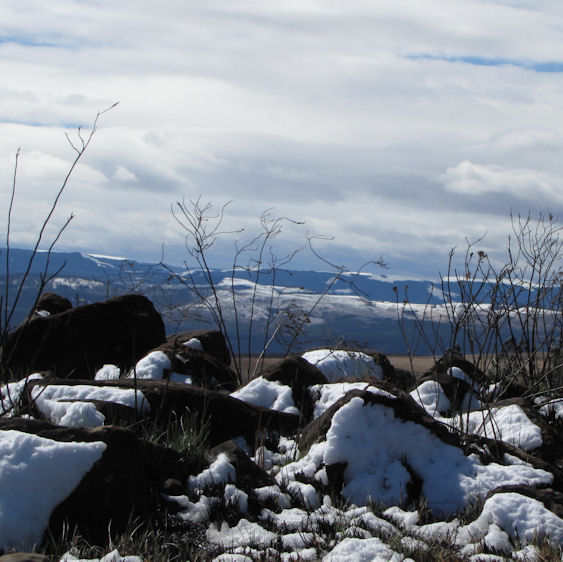 I recall a snowy incident I wrote about a few years ago, so share it here:

Daisy and the Driving Rain

Recently, the Midlands experienced extensive snowfalls and it was just my luck that it was on this particularly cold day, my car broke down on the dirt road near where I live.  My car was laden with wine, fennel, oranges, dates and bread as I was having friends round to celebrate the blue moon, winter solstice and my birthday all rolled into one, the next day.

Dizzy Dog and I abandoned the car on the side of the road and trudged home up the hill in the sleet to be greeted by a snow covered veggie patch and no phone lines. This wasn’t turning out to be such a good day… Or so I thought.

I called the AA from my mobile and the friendly operator immediately offered to call me back so I wouldn’t use up my airtime – nice surprise. Promptly they arranged a tow truck, took down the directions and called back to say Motorman Recovery would be on their way soon. Within an hour a wonderful 50 year old tow truck named Daisy trundled up the hill to collect me and we set off to rescue my car. The charming driver, Akil, told me that he had inherited Daisy from his Grandfather and hoped to pass her on to his son.

When we arrived, Nathi and Brian efficiently hitched up the winch in the driving rain while I introduced Akil to my car – named Raul after the Spanish striker for Real Madrid. When he exclaimed delightedly that the car was wearing the correct team colours I knew we were in safe hands!

In the end, a friendly and interesting day, topped off by a call from the AA later to see that I was ok and from Akil to say that Raul was safely delivered to the workshop.

You just never know how a day is going to turn out. Opening the curtains is always a surprise.  There are many, many birds outside the window, right now, all gobbling up the food I have put out. I also saw a tiny striped mouse this morning nibbling at the pumpkin pips. Now I have my own fireside supper to look forward to while the wind howls outside. Think I need some greens after that breakfast…  Cavalo nero and potato soup might be an idea. 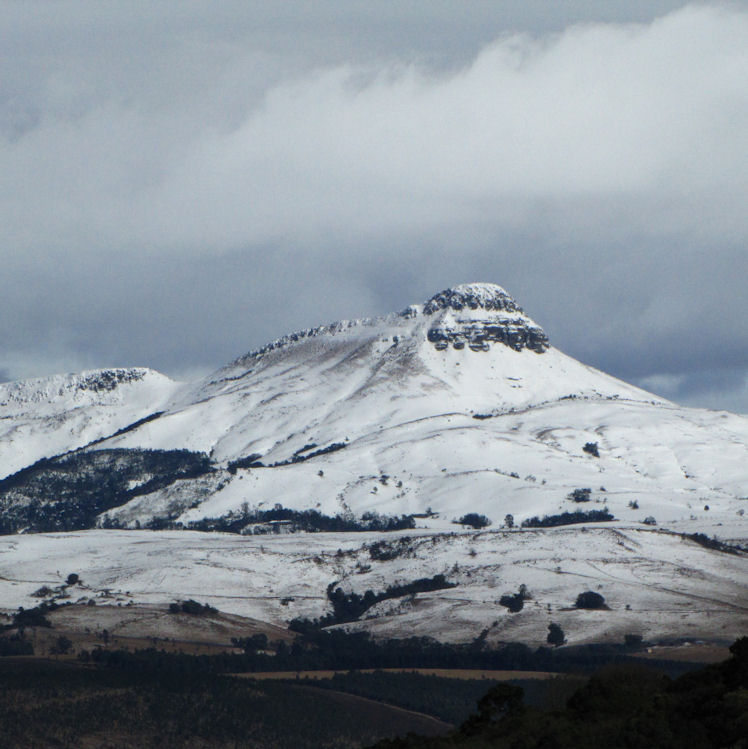