For many years, I have been promising my friend Des, who has never visited Paris, a trip to Parys. Unfortunately, she was unable to join me this week when I eventually made it there.  On the way, just outside Harrismith, I bought fresh cherries.

I arrived in a storm after following the banks of the Vaal dam, in need of a cup of tea. The pretty verandah at La Vie en Rose looked like just the spot.  I ordered Carrot cake.  It was perfectly nice, if a little too sweet, and as I soon would learn, over the top in true Parys style. It was served with a bowl of ice cream, a fruit garnish and had glittery icing – all on a huge heart shaped platter.

Bree Street is the main tourist strip and crammed with cafes, antique shops and the like. A real mish mash – cross between Sabie, Margate and Clarens – especially as there is a bustling actual town around the tourist bit.

I’d booked into a guesthouse called Kapstok and thought I’d ask around where to find it.  To my consternation, no one seemed to know.  Coming from the Midlands Meander where “market your neighbour as you would yourself” is the motto, it felt strange and unfriendly. Everyone seemed to be competing, not working together. I liked this sign at a metal working shop.

In search of some fresh food, I asked at the colourful Ricky’s Veg Market where the produce came from. ‘Vereeniging’ I was told.  A little more investigation revealed it was all from the Vereenging market!  I later learned that Parys used to be a thriving vegetable growing area. Nowadays there are only cabbages and potatoes grown commercially (and not available in town). Apparently, many residents have great backyard food gardens, which I was pleased to hear. 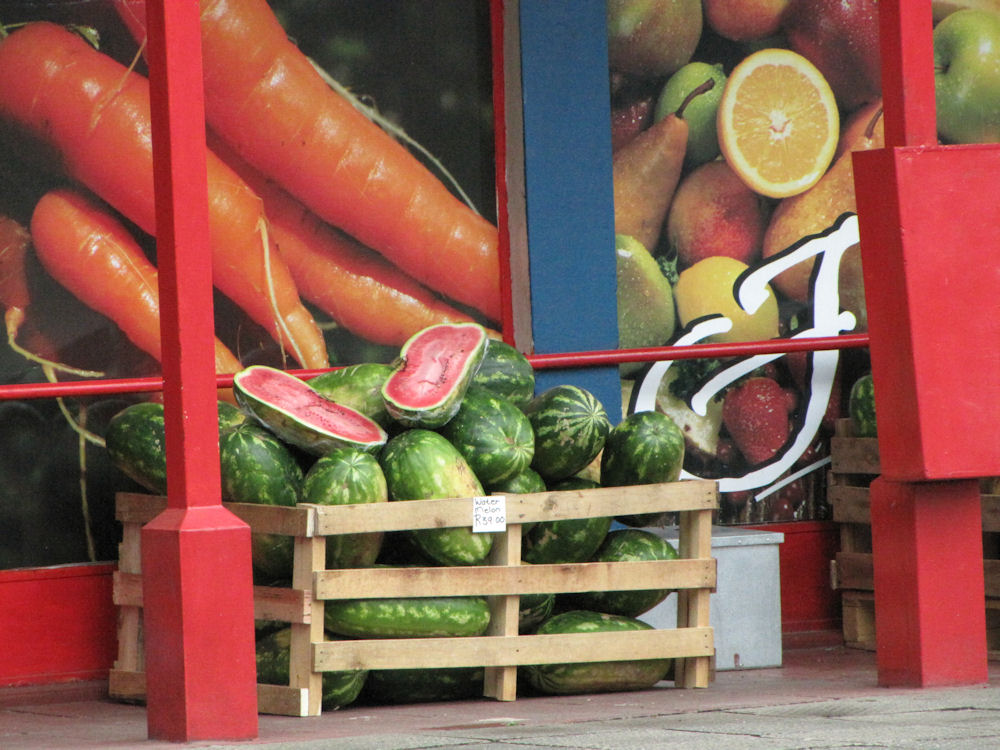 That evening I had dinner at the famed Ruby’s Restaurant.  They have received vast amounts of publicity and came highly reccommended, so I booked ahead telling them I was vegetarian and got a welcoming reply. The décor is Parys glamour – all red, glittery, artificial flowers, masses of candles and posters of Afrikaans movie stars and musicians. 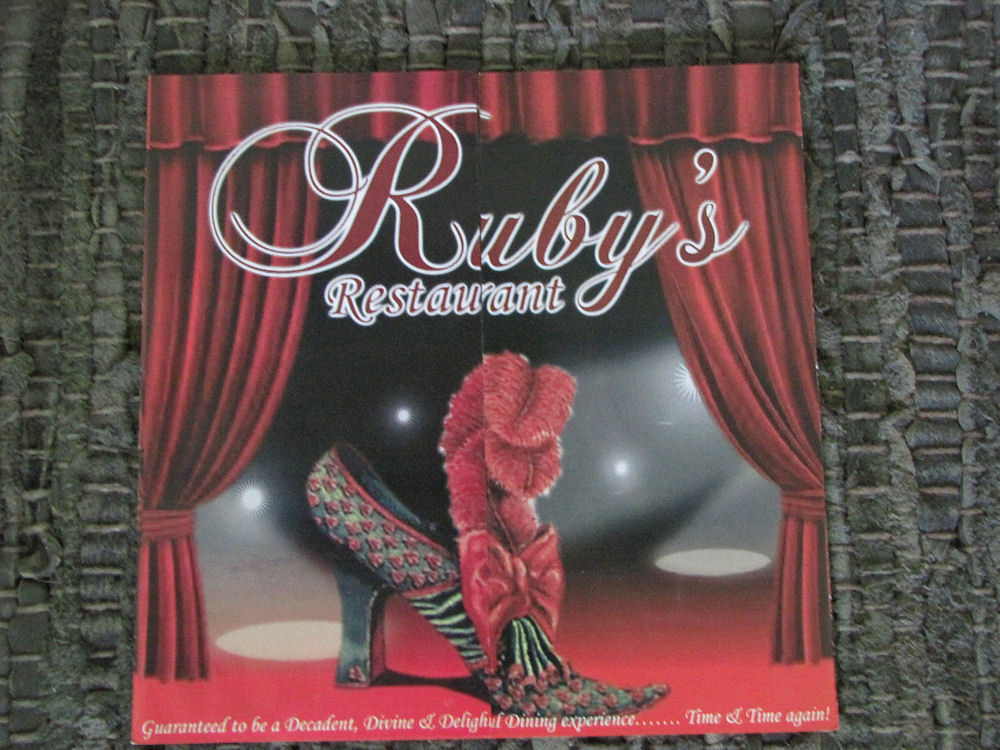 The only vegetarian dish was butternut pasta and when I enquired why there was only one boring option when all the meaty meals were interesting Lebonese inspired dishes with cumin and mint and chilli, I only got a weak smile and no effort was made to offer anything else.  In the end I settled for two starters.  A Roquefort, Pear and Rocket salad which was uninspired but at least a bit green, followed by black mushrooms stuffed with spinach and more Roquefort.  The garlic was burnt which completely ruined the dish.  So it was a pleasant enough evening – particularly the interesting mix of clientele – but not really one to write about.

I had the entire lovely Victorian Kapstok house to myself which was a treat. In the morning I feasted on the fresh cherries I had bought before heading out to explore some more. 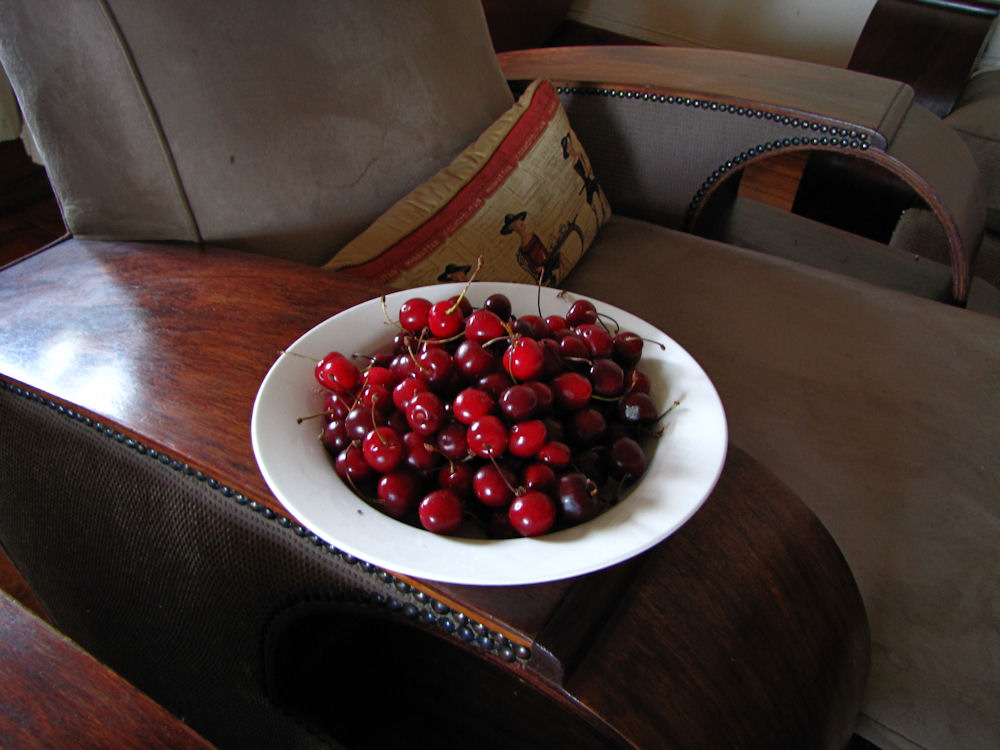 Charming Jana at the tourism office pointed me in the right direction to find the Vaal river. There is no evidence ‘in town’ that this mighty river flows right beside it.  It was magnificent.  Huge granite boulders exposed by the meteorite crash and lots and lots of interesting birds.  Pity about all the invasive vegetation in the river and along the banks – unbelievable in fact – and also the water looked pretty polluted. Poor river.

When I needed more food I settled on Feast. Which looked less kitsch than any other establishment. 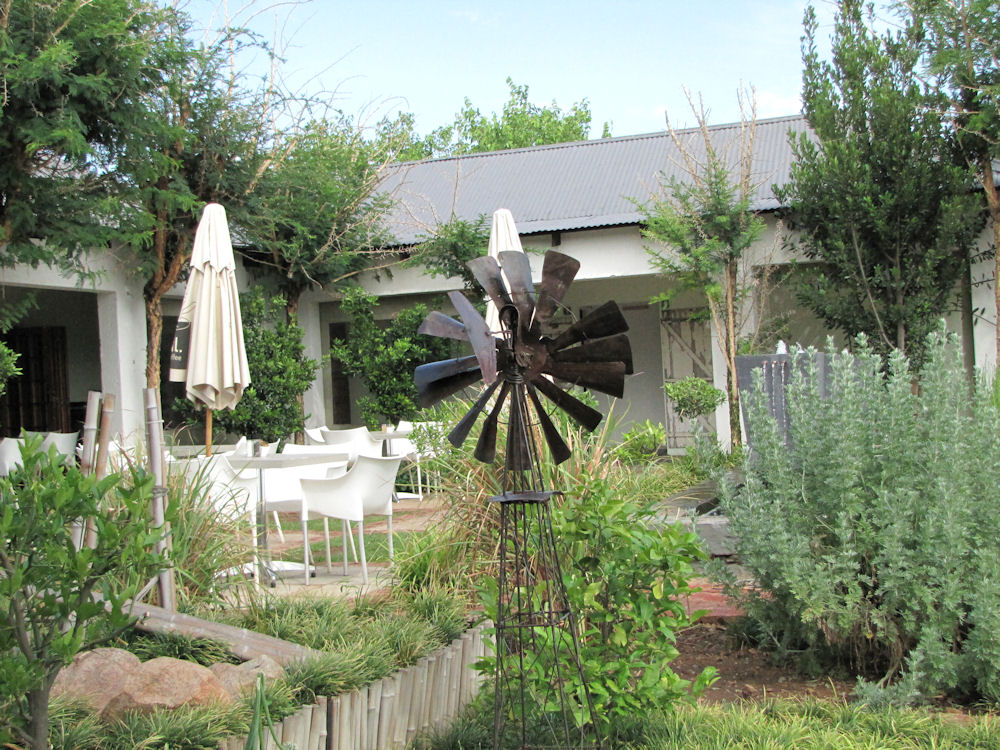 I dislike long menus and food that does not stick to region or season or reason, but just slaps trendy ingredients together.  However, I was there, so settled on French toast with camembert, sundried tomatoes and spiced mushrooms.  The toast was difficult to cut through and virtually inedible, definitely left over from the day before. I could hardly believe it.  No one came anywhere near me, to see how I was doing, so in the end I didn’t even complain. The spoon, for some inexplicable reason, was filled with honey.

I explored a bit more and crossed the long bridge which spans the wide, wide river a few times just to enjoy the views. It was getting hot and in search of a coke I stopped on the other side of the bridge at the intriguing Jalapor General Dealer.  Been there since 1929 and still a young Jalapor behind the counter.  He told me his great-grandfather had started the shop when Indians were not allowed to live in the Free State (during apartheid).  This side of the river was the Transvaal.

On the way out of town, I stopped at Bon-Af pick-your-own berry farm. Hannes Coetzee greeted me cheerily. He invited me to wander through the vines and help myself as the season only started at the end of November and  he needed some help to eat the odd one here and there. He explained all the varieties, their organic farming methods and was extrememly entertaining.  He ran the show with his wife Lettie (in curlers and baggy cardigan) and they only employed white people to work on their farm.  Quite astonishing. 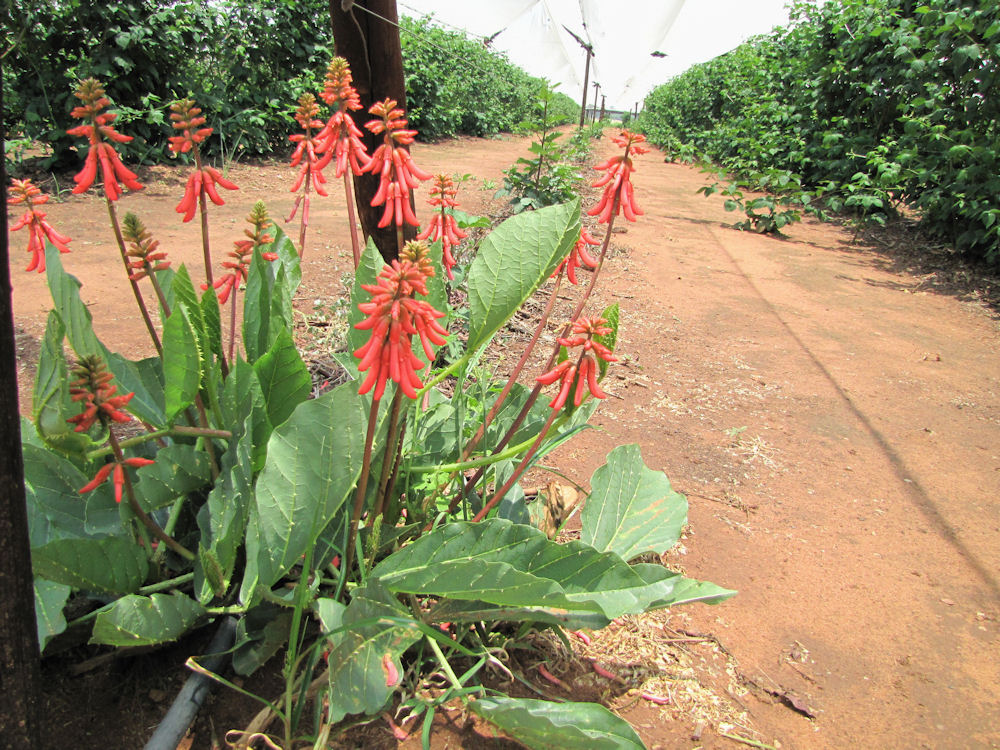 I liked the juicy black berries, bought some unusual jams and thought I really should plant some berries when I get home.