I am always annoyed by the stereotypes with which ‘suburban dwellers’ view township life.  Proclamations like:

Early on Monday morning I went to visit my friend Ntombenhle in Mpophomeni – she of the Permaculture Princess fame of an earlier blog.  Sure, she knows what she is doing, but back in July her garden was a desert, ravaged by rats.

In August she started planting again, 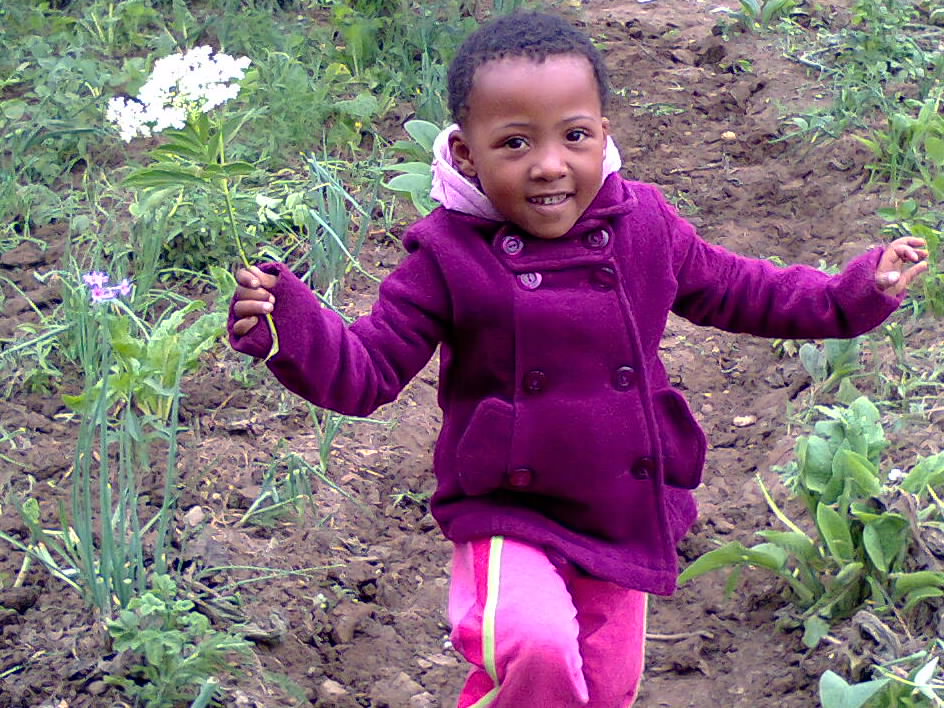 and now she lives in a food forest!  Fruit dripping from the trees,  masses of greens, herbs and flowers, tomatoes and pumpkins spilling into neighbour’s gardens, a pile of cardboard awaiting composting,  oh, just too wonderful.

Ntombenhle gives away lots of food all the time, despite having lots of children and grandchildren of her own to feed.  One of her neighbours, Nelisiwe, recently lost her job when she was diagnosed with TB (can you believe that?).  Realising that she needed good fresh food and embarrassed to keep asking neighbours for greens, Nelisiwe asked Ntombenhle for help. Her garden is flourishing now, making her so proud – and she is so healthy.  She popped in to give Ntombenhle a big bunch of spinach and a bag of just-dug little potatoes and show off photos of the rest of her harvest on her phone.

Down the road, Penz Malinga, another pal, has also been bitten by the gardening bug this year. She is rock-chick, animal rights activist and fearless eco-goddess – an unlikely candidate for the gentle pursuit of gardening.  Her back yard at the beginning of her journey a few months ago:

She has been sharing produce too – giant beetroots, lots of greens, peas and peppers.  Looks like brinjals will be ready soon too.  Incredible.  “I love my garden too much” she now proclaims, “I’m grateful that it is productive and what else can a person do but share!” 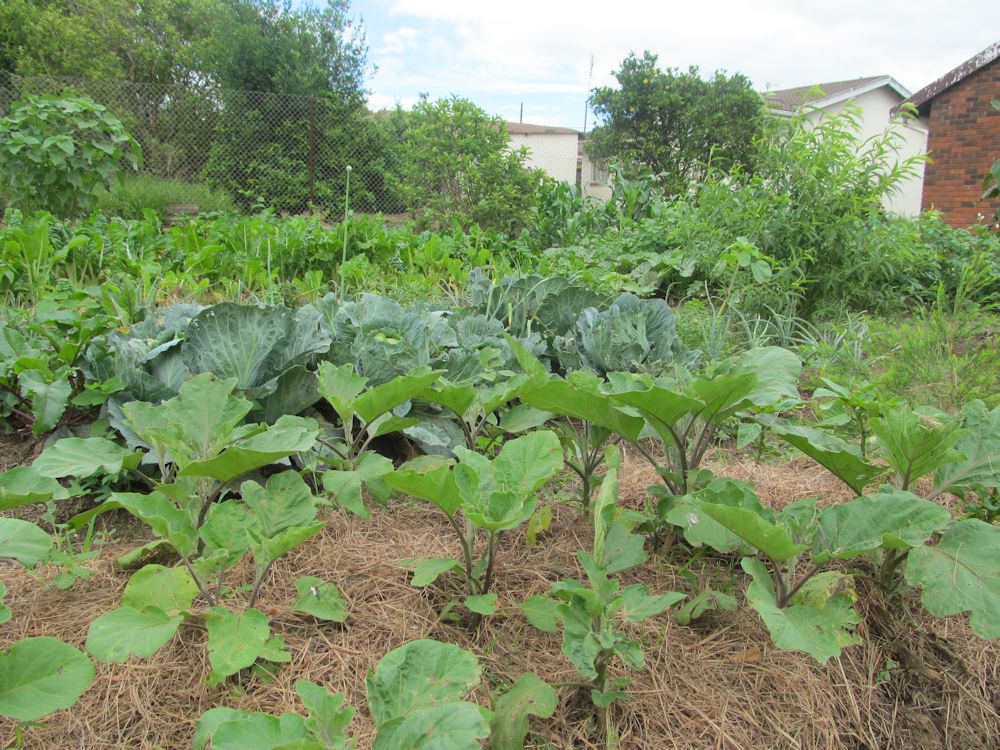 That is her much adored Yorkie, Trevar, inspecting the cabbages. 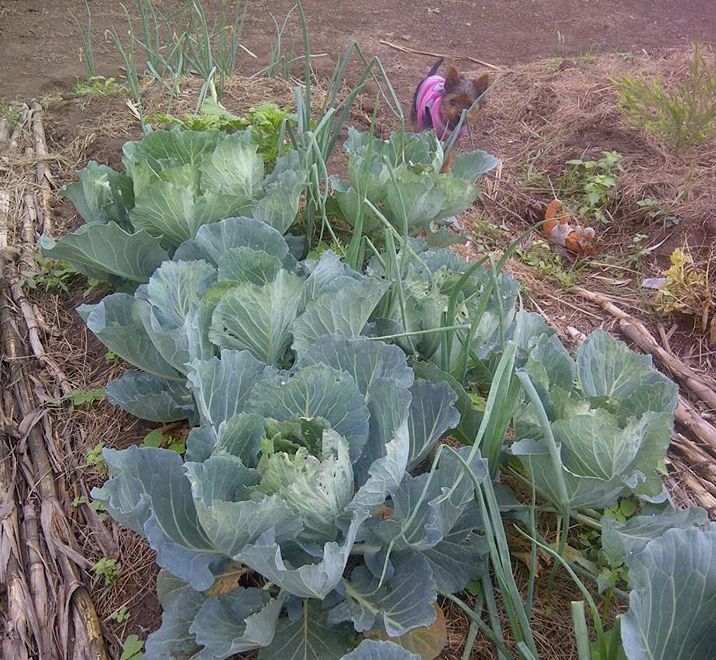 Then I was off for a walk with Sihle, Phila and Asa – three boys that I am very fond of.  I suggested we head for the cliffs at the top of the valley at eMashingeni.  What an adventure this turned into. 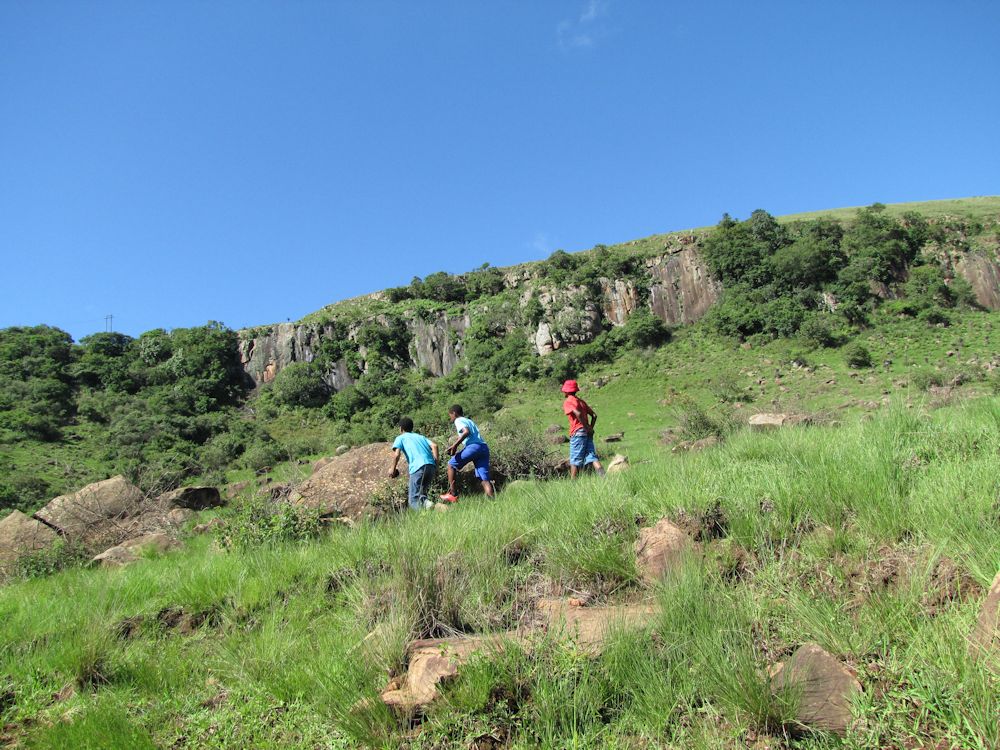 We found a secret waterfall to splash in amongst huge rocks,

and some special plants including Sandersonia aurantiaca.

An enormous Cussonia which we named the “Magic umSenge” – I don’t think I have ever seen such a big specimen before.

The circumference of the trunk must have been at least 4 m!

There were Scadoxus, Streptocarpus, Thunbergia and Begonia sutherlandii in the shady places,

lots of Hypoxis, Polygala hottentotta and Senecio in the grassland (unfortunately, lots of invasive Lantana too) 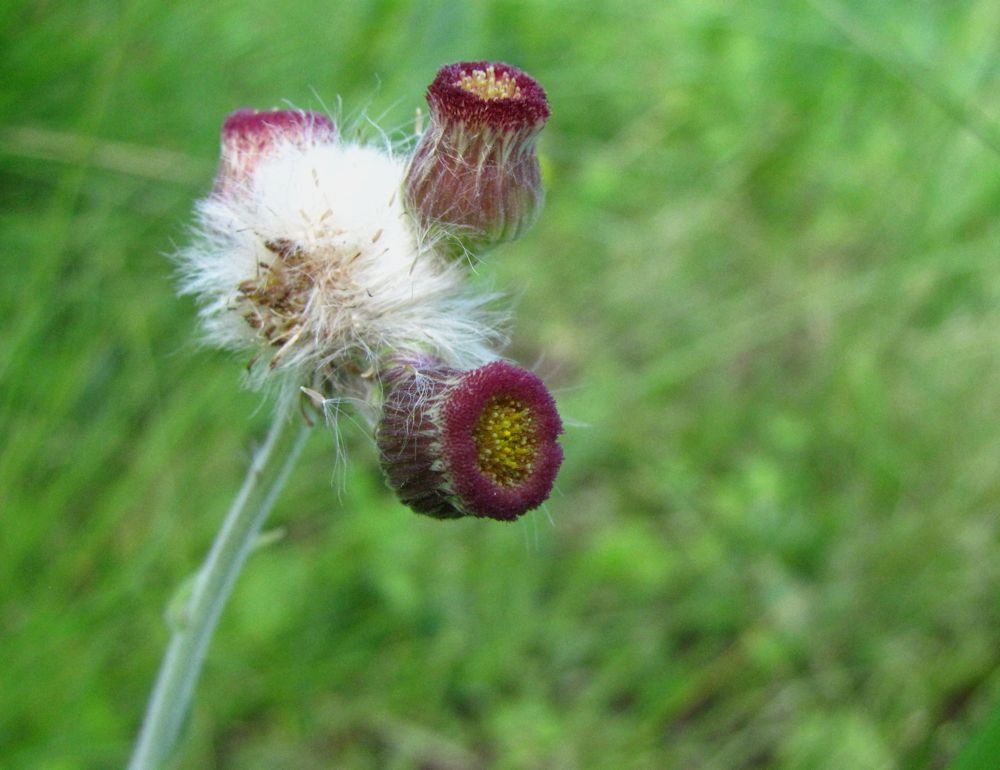 We filled our water bottles from the streams,  imagined we were the first people ever to find these special places and planned excursions to traverse the hillside, following the stone wall we could see in the distance.

On the way back home, Sihle asked this woman if we could take a photo of her garden, she was pretty amused.  All the way, the boys were pointing out gardens – heaps of potatoes, mielies and madumbis growing vigorously.

Mpophomeni abounds with food and love, inspiration and unexpected delights.  All my favourite things.