An interesting thing happened last week. Two women who are among the more recent urban refugees to seek sanctuary in the Dargle, invited me to lunch. I arrived before anyone else which gave us a chance to chat while they basted the chicken pieces with syrup. I mentioned I was vegetarian, but not to bother, I’d eat the veggie side dishes. I should have told them before, but I recently sat next to them at another lunch, and I thought they may have noticed that all I had on my plate was gem squash. Also, they had visited my stall at the Dargle Local Market which is screamingly, overwhelmingly vegetarian (or so I thought). Anyway, we were all chilled and so was the wine. Funnily enough their two dogs (big Boerbuls) were vegetarian!

The interesting part came when it was time to eat. Kim just served herself veggies – she only eats meat that has been produced on her own farm or shot by her husband, Thomas doesn’t eat chicken for health reasons (and she can’t bear the smell of raw chicken) and Sarah will occasionally eat free range chicken but is generally vegetarian. The poor hosts! They couldn’t believe that no one ate the food and I am sure that they wished they were back in Jo’burg where no one discusses where the meal came from. I must say I was surprised too – I’m used to being the odd one out. By the time desert was served they were assuring us that the “bread had a happy life”.

It made me realise how much I assume that other people value good, clean, fair food. Mostly they don’t. I feel sorry for people who think that conscious eating is some sort of bother. It isn’t, it is a real joy. I was very pleased to come home to some delicious just picked, steamed Pak Choi grown outside my kitchen door, from seed my friend Karen saved last season. Yum! 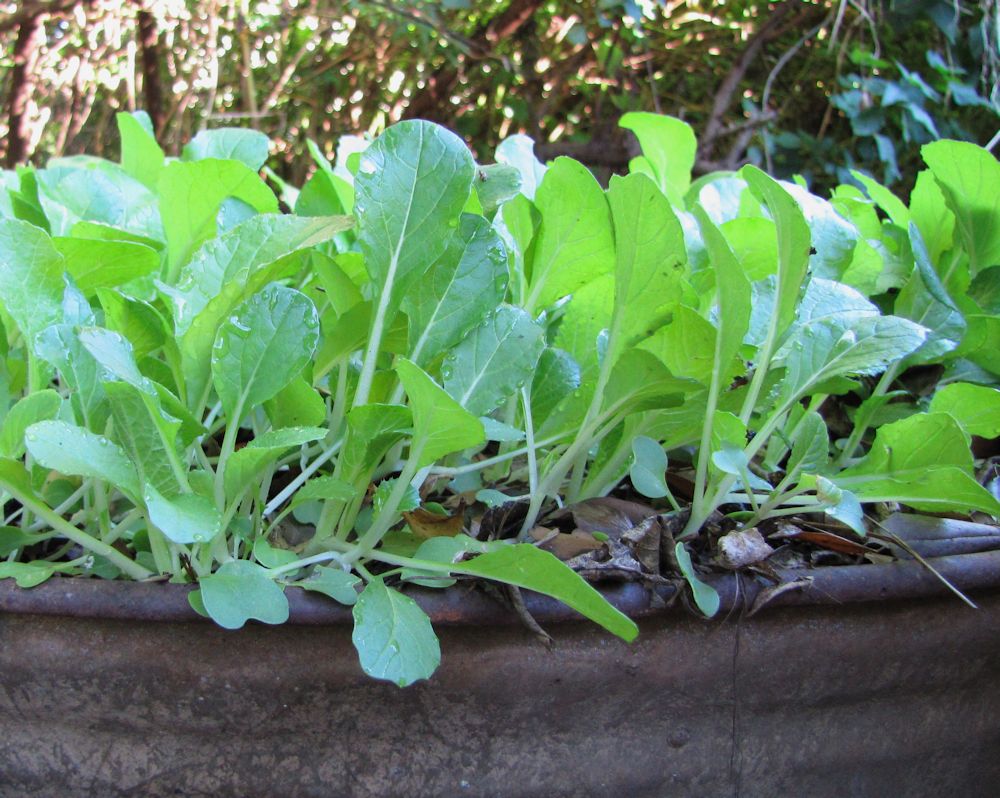 However, I will admit that being an ethical consumer is bothersome sometimes. Luckily, I don’t do supermarkets much, so shopping at the farmers markets, small local shops and from friends does make lots of the decisions a lot easier. I’ve just read this wonderful article though which sums up so many of the dilemmas people must face and also asks the same questions I ask myself – Is local better than organic? Is local still ok when I can see the crop sprayer flying over, but at least local women have jobs? What to do about lentils – Chinese or Canadian? What about organic in unneccessary packaging? How local is local (in EXACT kilometres, please)? Why doesn’t someone make capers here so I don’t have to buy Italian ones?! So, rather than write my own whole essay on the topic, I simply share Felicity Cloake’s delightful article which first appeared in The Observer on Saturday 24 May 2014.

I’m dithering in the baking aisle, again. Around me more efficient shoppers swoop and are gone, while I’m still hand-wringing over the sugars. Usually I’d go for the Fairtrade stuff on ethical grounds, but with the release of a report suggesting the scheme has done little to improve the lives of the poorest workers – as revealed in The Observer’s news pages – should I be putting British beet sugar in my basket instead?
Is supporting local farmers and cutting out food miles as important as giving those in the developing world a leg up? And if I stick with Fairtrade, would choosing a small, family-run brand mean better standards for those growers? Just as I’m reaching for a bag of golden caster, I wonder if I’ve read somewhere that large-scale cane cultivation can do untold damage to fragile environments. Perhaps I should go organic.

To be honest, the mere act of going into the supermarket instead of making time to visit independent shops makes me feel guilty enough, without the smorgasbord of ethical dilemmas presented by that groaning fish counter, or the cornucopia of imported fruit. Like any shopper lucky enough to enjoy the luxury of choice, I’m desperate to do the right thing with my money. But it’s increasingly hard to work out what that right thing is. The disappointing results of the four-year study of Fairtrade schemes in Ethiopia and Uganda by Soas, University of London, in conjunction with the Department for International Development are hardly going to speed up my shopping. If wages, and working standards, are lower on Fairtrade farms than comparable businesses without the certification, should I actively avoid that familiar logo?

In short, shopping ethically can give you a serious case of the bleeding heartache. Increasingly it appears that the only constant is that things are rarely as clear cut as they seem.

Unclear labelling doesn’t make our lives any easier. We’re always being told that UK animal welfare standards exceed those set by the EU, for example – and indeed, the use of cruelly narrow “sow stalls” for pregnant pigs was banned in this country back in 1999. An EU-wide prohibition came into force at the beginning of 2013, yet in February this year six countries, including France, Ireland and the Netherlands, were still not fully compliant with the law. So buying British is generally a good idea, when it comes to meat at least.

Unfortunately, buying a Cumberland sausage or some Wiltshire cure bacon is no guarantee of that. Even pork labelled as produced in the UK only has to have undergone its last “significant transformation” here. This is set to change next year, but at the moment Danish pork made into bacon in this country can be labelled as produced in the UK. And, where meat’s concerned, I want to know more than where it lived, I want to know how it lived. Because sadly, not all British meat is produced in the same way. There’s the Red Tractor logo, which, according to the organisation itself, means the food concerned has met “responsible production standards” – when, according to Compassion in World Farming director Philip Lymbery: “In reality, it often guarantees little more than compliance with minimum legislation and government guidelines.” (The RSPCA’s Freedom Food label is a better bet, while Lymbery describes the Soil Association mark as “the gold standard for animal welfare”.)

No wonder seafood seems safer, and with wild fish stocks in trouble, farmed is the obvious way to go. Yet fish like salmon and trout are carnivores – over three tonnes of wild-caught fish are needed to produce one tonne of farmed salmon, and that’s before you consider the environmental and welfare implications of trapping thousands of fish in a cage in the middle of the sea.

Stocks of some wild fish, like dab, or pouting, are healthy enough, according to the Marine Conservation Society (which has a handy sustainable fish app, for those in-supermarket dilemmas) but when was the last time you saw them on sale on a fish counter? Instead it’s the usual suspects: haddock, cod and tuna, all of which are in distinctly choppier waters. Better, if you can, to find a fishmonger who’ll get such things in for you, locally or online.

Paralysed by the dilemmas? One solution is to steer clear of animal protein altogether; we could certainly all do with eating less meat. Yet after reading about the devastating environmental and human costs of the soya industry in Philip Lymbery’s excellent recent book, Farmageddon, I’m less sure about choosing it as an alternative. (Meat eaters have no cause to feel smug about this; the vast majority of soya goes into high-protein feed for the industrially farmed animals of Europe.) Even simple fruit and veg aren’t entirely unproblematic for the conscientious cook. Unless you’re spending the rest of the day smugly weeding your allotment, they’re as vexed an issue as any other. The Observer’s ethical expert Lucy Siegle recommends weighing up the “potential toxicity to both self and mother earth; air miles; labour rights of pickers and harvesters; developing world economies versus local food security, and trade tariffs” before making your choice.

If I’m honest, my main concerns is often just trying to work out what’s going to taste good, which generally means what’s properly in season. I’ve never been tempted by air-freighted sugar snap peas or so-called French beans, despite a vague idea I should support African agricultural development, though I’ll happily buy squishy ripe peppers from the Turkish corner shop. I’m pretty sure they’re not organic, but they are lovely.

But the most blameless-looking ingredients can have surprising social implications, as with the sad story of how our new-found enthusiasm for quinoa has driven up local prices to such an extent that poor Bolivians and Peruvians can no longer afford their former staple, or the shocking reports of child slavery in West African cocoa plantations. Every week seems to bring a new thing to worry about. That said, however good your intentions, the modern food chain is too long and complex for most ordinary, time-pressed consumers to follow – and, frankly, everyone has better things to do than dither in the sugar aisle.

Instead I think the answer lies in buying from people you trust. Log on to supermarket and brand websites and check out their ethical commitments, find a fishmonger and butcher who share your values (there are some great ones online), sign up for a local veg box scheme, eat less, but better, meat and above all ask questions. If you’re not sure, find out.

Such questions can seem the privilege of the comfortably off, but while the right choice is sometimes the more expensive one, that’s far from always the case. And, yes, it is hard work to eat ethically, but ultimately it does taste better. END

I agree – it does taste better. Just like this beautiful pumpkin my friend Rose grew, which I solar cooked and ate for supper today.  Lucky me.