My friend Christeen spends a lot of time in Lesotho.  Recently, she brought me a little packet of wheat grown in the mountains  by one of the women she knows there. Clever Christeen knows exactly the sort of gift I treasure – I was utterly delighted. 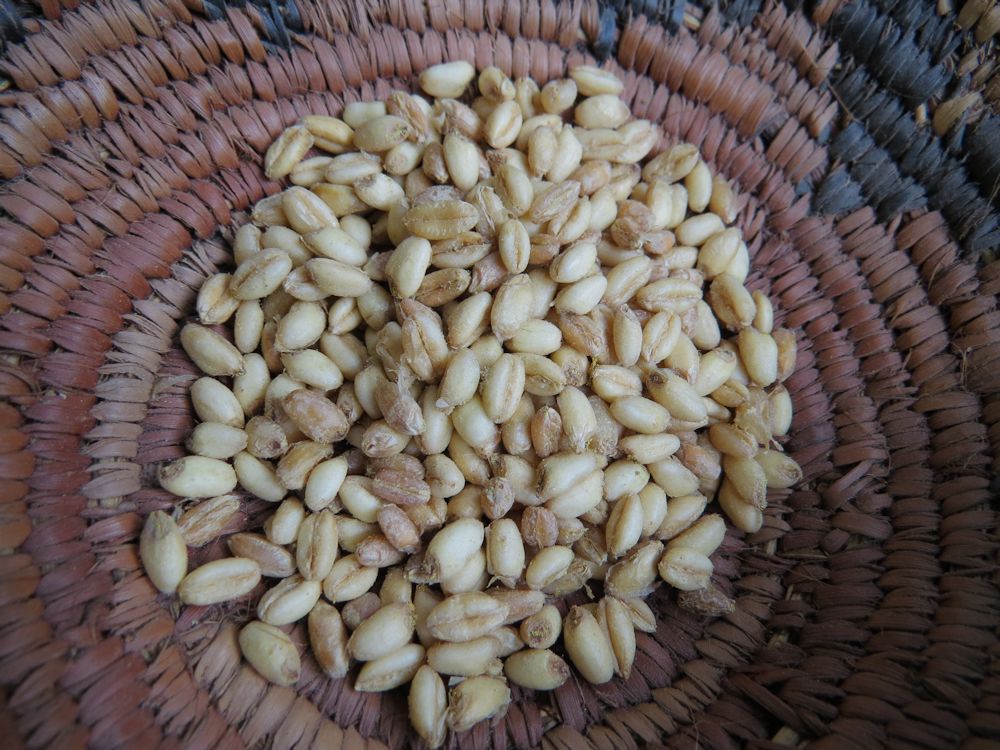 Lesotho is a completely magical place I think. It has a quietness that is hard to describe. It feels really ancient. The altitude and tough climate mean people and plants and everything about it is so different from my world, despite being only a couple of hours drive away.

I had a trip about 10 years ago and was enthralled. I was determined to go back, but besides a couple of treks up Sani pass, I haven’t.  I really must.

There are stones in abundance, so they are used to build homes, terrace hills, kraal animals.  Of course, stones absorb heat, so no doubt are a great help keeping things warm during the fierce winters.

Most homesteads appeared to have a few animals – lots of donkeys, that work so very hard poor things. Although life must be really challenging (for humans and animals), it certainly looks very picturesque and the idea of being self sufficient and living simply is very appealing. 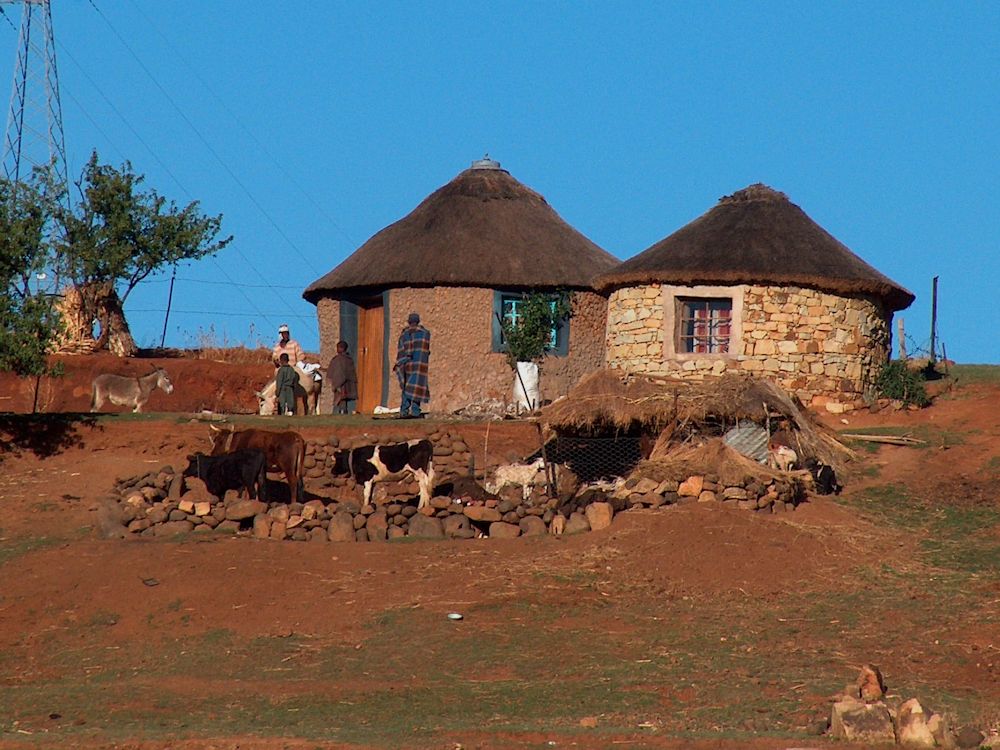 I fell in love with this young dog who joined us at Molumong and wished I could smuggle her home.

We were do fortunate to bump into the roving sheep shearers – doing an astonishingly quick and accurate job – no nicks and cuts – with their simple hand shears.

The hillsides were horrendously overgrazed. The patches where crops were grown (seemed to be communal efforts – using cattle to plough) were also bare, much to my distress. No Mulch! To make the matter even worse, all the crop residue and cow pats are used as fuel. So nothing is left to replenish the soil. There are so few trees, that the cow dung is all there is to ward off the cold – the fuel patties are called maparo. 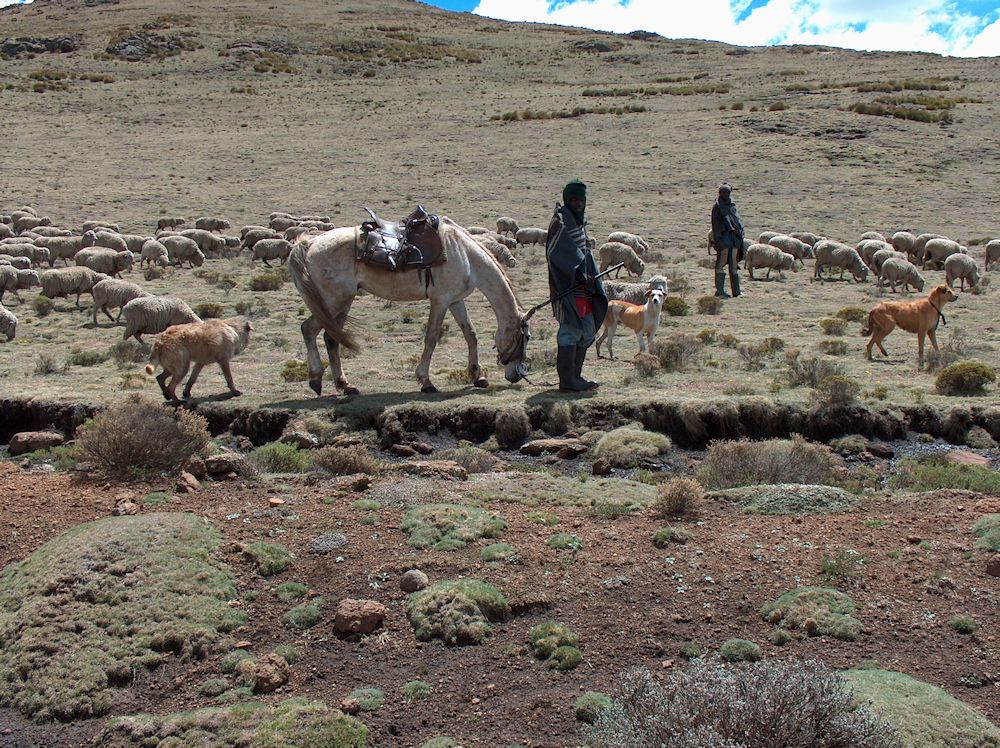 There was not much in the way of vegetation wherever I went, but I did come across the amazing Aloe polyphylla – lekhala-la-Lesotho –  at a lodge we stayed at.  This is the national plant of Lesotho, but indiscriminate collecting (probably by tourists) has meant it is now uncommon. Digging it up to plant at home is completely pointless as it does not survive outside of its natural environment.

Another interesting discovery was Bulbine narcissifolia – khomo-ea-balsaa.  This thrives in large colonies in poor soils. Traditionally this plant is used to induce pregnancy in barren women and cows.

On an exposed area on the side of the road (where we also spotted a rare Bearded Vulture flying low) there was lots of this little mat forming Helichrusum praecurrens – it is endemic to Drakensberg Alpine region. 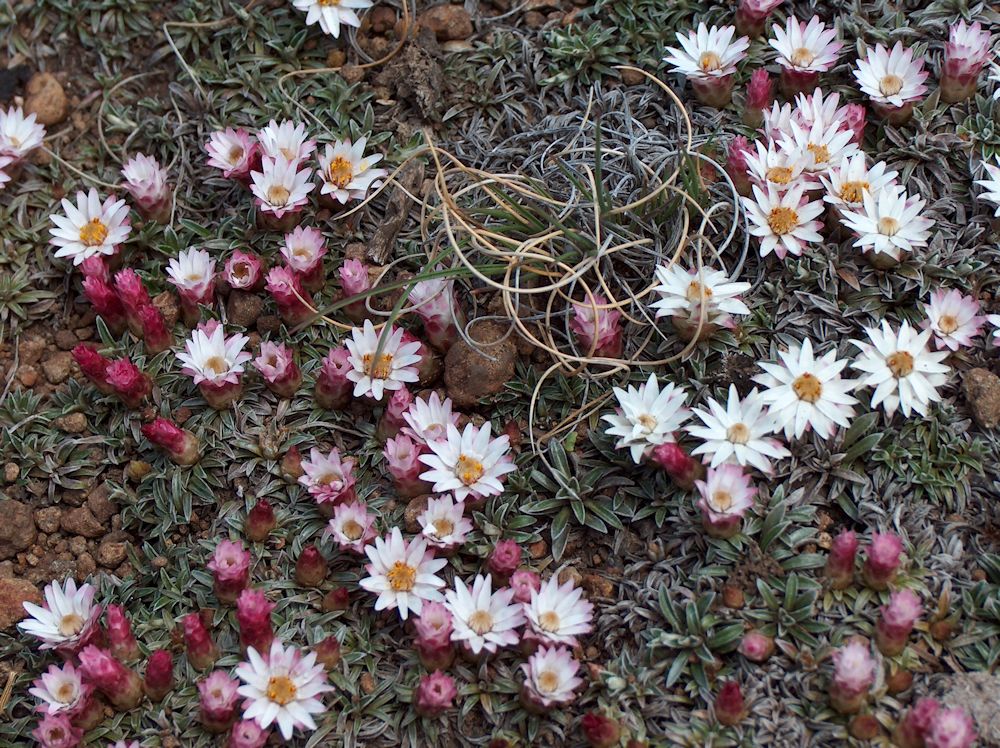 We came across an old fashioned trading store selling large sacks of locally grown beans. I bought a couple of kilos and ever since have been growing the variety I named “Lesotho Yellow Bean” in my garden, and sharing the seed far and wide.  They are prolific bearers and seem to grow in a wide range of conditions.

Back to my wheat.  Such a special treat needed to be served simply to honour the struggle it had likely had to survive. I have learned so much about edible weeds from Nombuizelo, a MoSotho woman who is my neighbour, so decided to serve it with imifino – wild greens. I picked a selection of chick weed, dandelion, goosefoot, three types of amaranthus, black jack and gallant soldier, added a few swiss chard leaves and settled down for a feast. Utterly delicious – sweet and nutty and nourishing.

ke a leborwa Christeen for reviving my memories of the mountains.

Nombuizelo has just come back from a visit to her family in Moholokoeng.  I asked if there had been rain and was delighted when she answered yes. So is there plenty of food then? No, the rains were too hard, there was hail and the crops were destroyed. Everyone will be hungry this winter.