I have used Highlands Stone Ground flour for baking bread ever since I heard that the wheat was grown and milled near Winterton.  That is pretty close for local living. Recently, I came across Champagne Valley StoneMill flour in Notties Spar and wondered if it was the same thing, just re-branded. Then, while I was up at Three Trees, Cheryl suggested I pay The Valley Bakery a visit.  Much to my delight it was the flour I use and so I simply had to do a little story.

During Winter, bright green wheat fields in the foothills of the Berg contrast spectacularly with the golden grass and russet coloured trees surrounding them. “It’s just beautiful” says Kim Hofmeyr, “As the wheat ripens, it fades to gold, ochre and beige and blends into the landscape.” 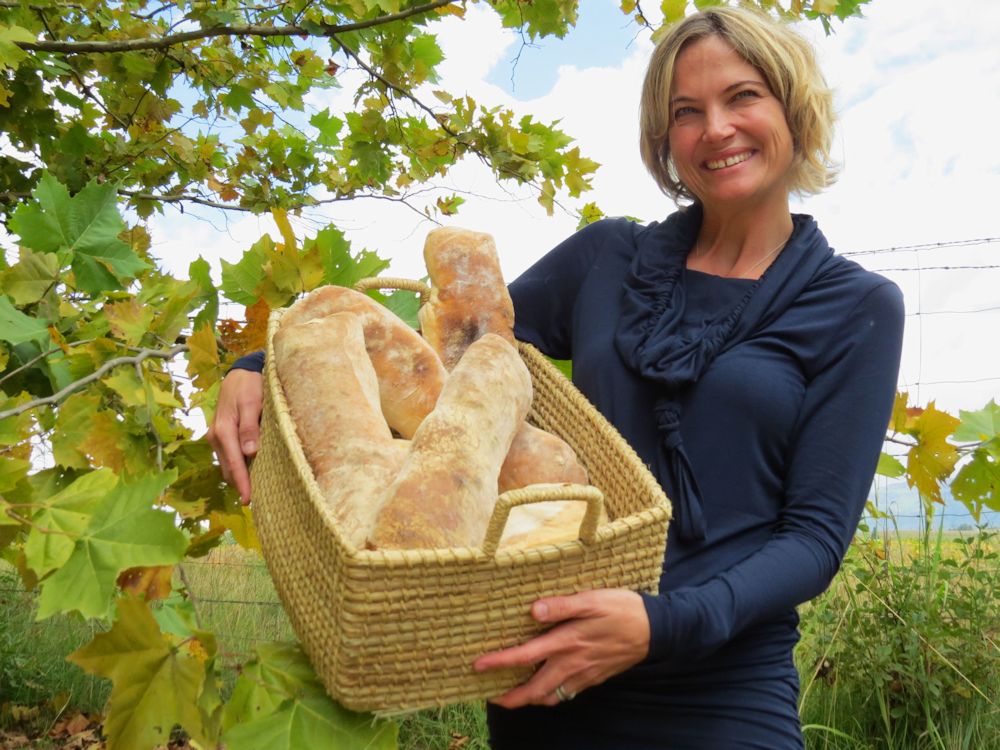 Kim is part of the Solms family whose name is synonymous with stone ground wheat in South Africa. About 30 years ago, Kim’s dad Joos, decided he wanted to be a miller as well as a farmer of wheat. He was disappointed at the price he was getting for his wheat and believed he could do better. He faxed Embassies around the world to find out where he could buy a stone mill. The Danish replied and he imported a mill. To make the fine white flour he wanted, he adapted the milling process, impressing the Danes who promptly invited him to Denmark to help them reinvent their mills. Now a lot of the stone mills in South Africa and through Africa have been installed by Joos.

“What matters most is the quality of the wheat,” he says with passion, “Real stone ground flour without all the cheap additives is nutritious and good for you – many people who use our products don’t suffer from the digestive problems often associated with wheat. The natural product gives bread a better aroma and flavour too.”

Kim’s mother, Royleen, set up a bakery to test the flour produced in the fields around her and was soon supplying guest houses and hotels in the area. Ten years ago, Kim and her sister-in-law Mozzie, decided to expand the bakery to include a delightful restaurant and charming shop. 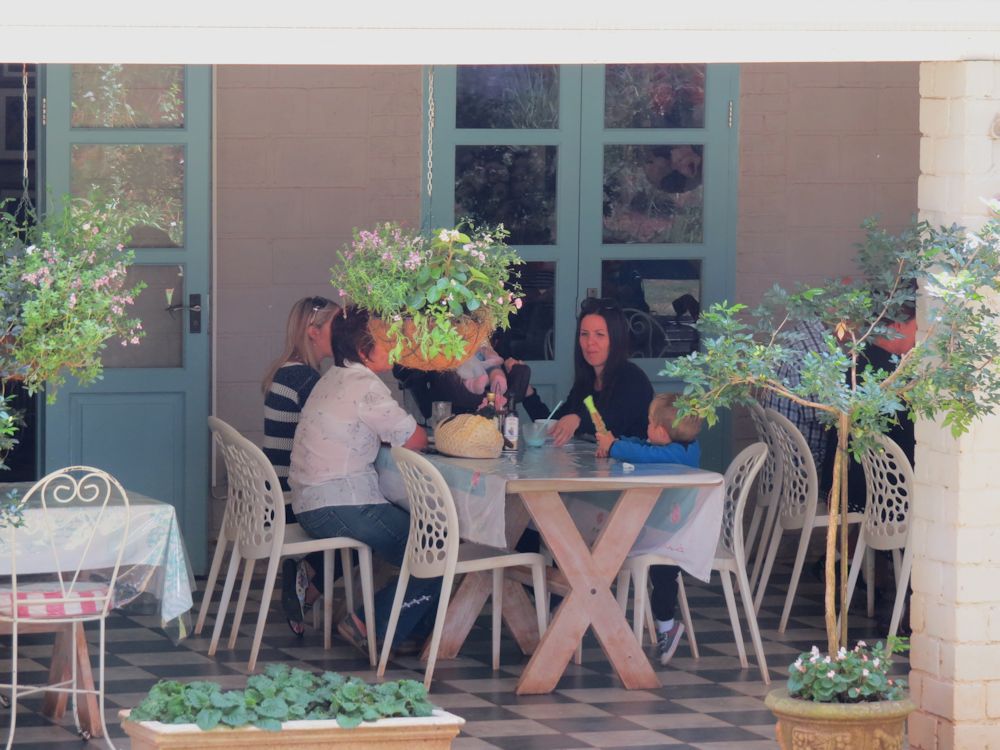 They cater for High Teas and weddings and special occasions. The cakes looked divine.

I didn’t stop for lunch but did see some delicious looking meals emerging from the kitchen. I stocked up on bread and flour and some wholemeal pasta made in Durban from this flour – Braeburn – it is really delicious. 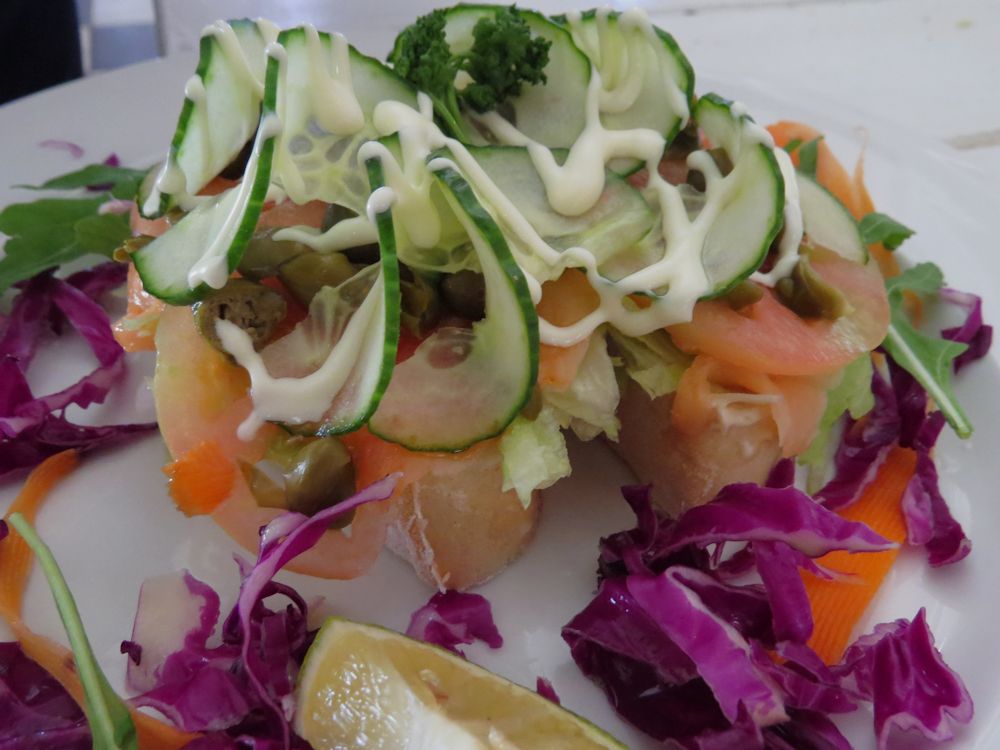 Champagne Valley Wheat is a family affair with everyone involved in farming, milling and distribution. Naturally, as they all gather for a roast on Sundays, beautiful loaves of bread feature on the long lunch table.

“My kids love to run through the wheat, it is so soft. You get a wonderful fresh, cold feeling standing in a wheat field and it smells so sweet,” comments Kim. The bread and cakes at The Valley Bakery smell fresh and sweet too – so head for the hills and savour the colours and tastes of real wheat.  Their number is: 036 468 1257